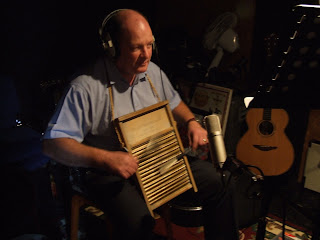 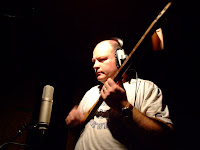 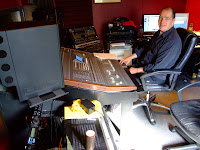 Hello there : i had almost forgotten how to access this blog it has been so long i'm sure that you thought we had disappeared of the face of the earth! we had hoped to be finishing our new about now but as Gibson says "things wuz ah agin us", William our Cd producer was unable to get started our Cd as his father became ill and sadly passed away some months ago.. he and his father were very close and William set all recording aside to do what he could for his dad and rightly so!..Gibson then had his USA holiday.. but he returned with a couple of strange instruments and sunburn ! ..today we were in the recording studio and started our eighth song one or two are finished and the others at various stages of completion..we are going to release one or two for the radio stations to play as a little preview and i will also publish them on this site in the next couple of weeks .. we are busy putting the Cd booklet together with pictures etc. of old things and new so things are brave an busy ! weel tak tae ye soon ! tha low country boys

Posted by www.lowcountryboys.com at Friday, September 12, 2008 No comments: